Climate scientist, with a  fascination for extreme events. Getting tired of being made out to be the "bad guy". Tend to moonlight as, well, your average human being. 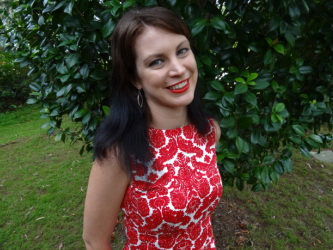 I was awarded my PhD in 2010 at the Climate Change Research Centre, UNSW, Australia. My thesis focused on evaluating climate models by how well they provided projections of climate extremes over Australia. The novel evaluation metric I used is now commonly employed in climate model evaluation today.

After completing my PhD, I spent 2 years at CSIRO's Marine and Atmospheric Research division, working for the The Pacific Climate Change Science Program.  I constructed projections of future climate for the Pacific Islands that were part of the program. I also spent a significant amount of time working in country with the Islanders, so that our projections were communicated in the most effective way.

In 2014, and was awarded an ARC Discovery Early Career Researcher Award that allowed me to research heatwaves, in terms of what causes changes in heatwaves, both in the past and in the future. This built on pervious work during my postdoc with the ARC Centre of Excellence for Climate System Science during 2011-2014.

My work on heatwaves has seen me recognised both nationally and internationally. I was short listed as a member of "team extreme" in the 2014 Eureka Prizes, I received a 2013 NSW Young Tall Poppy Award. In 2016 I was named one of UNSW's 20 rising stars who will change the world, and received the Australian Meteorological and Oceanographic Society Early Career Researcher Award. I've worked closely with Australia's Climate Council, and I have ongoing collaborations with international colleagues who are leaders in my field. I'm an associate investigator with the ARC Centre of Excellence for Climate Extremes. I co-ordinated the first interdisciplinary Australian heatwave workshop in 2014, as well as a workshop targeted on climate change and health impacts of heatwaves in 2018. I developed scorcher, where members of the general public can track heatwaves at many different sites across Australia.  I also take on an active communication role on all things heatwaves, extremes and climate change. I strongly believe in climate science communication - who better else is there to convey the facts, than the experts themselves?